Welcome to The PowerHouse Playbook

July 10th 1999, the iconic Rose Bowl Stadium in sunny Pasedena California, the US Women’s National Team is taking on China to determine the best soccer team in the World. 3,000 miles away – in small town Virginia Beach, Virginia – glued to the a TV – a 9 year old me captures her first big dream – to Represent the United States of America on the Olympic Stage!

The game and scene are still just as vivid 20 years later. I could literally feel the buzz and excitement bursting through the Television. The game was a grueling back and forth battle of midfield possession, attacking shots, defensive saves, close calls, and scrappy play. Eventually, the game ended in a tie and then proceeded into 2 golden goal overtime periods that, again, ended in a scoreless draw. As if my little 9-year-old emotions could handle anymore, this meant that the game would of course be determined by shootouts.

China went first and scored on each of their first 4 shots – as USA answered with a goal in each round to keep the score even. Then on China’s final shot, USA Goal Keeper, Brianna Scurry, dove out with full extension and blocked the shot. USA now had the opportunity to win a historic World Cup with one shot!

I remember it like it was yesterday, Brandi Chastain sunk the ball right past the China Goal Keeper for the win! The stadium went absolutely ballistic with the players celebrating and cheering and crying with pride and excitement. After a portion of time, I remember being very still and just taking it all in – all of the images of these Champions holding the American Flag and wrapping their arms around each other as a tight knit team representing the United States of America in the sport they loved.  Once I finally unstuck my eyes from the Television, I turned to my parents behind me. I had no words and they could just tell my mind was Reeling. They Simply looked back at me and with a knowing smile said, “One Day, Stefanie, One Day.”

17 years after that historic day for US soccer and for a little 9-year-old girl, wearing my Red White and Blue Olympic Uniform and standing arm in arm with my teammates as we sang the National Anthem together was the most incredible experience of my life – so far. My success in achieving my Olympic Goal has fueled new dreams, new goals, and even more hope for what’s next for me.

Welcome to The PowerHouse Playbook. I am excited to walk with you, equip you, and inspire you along your journey as you strive to reach your greatest potential both in sports and in life. #BeLegendary #OwnYourExcellence #PowerHouseAthletes #BuildingTheCompleteAthlete

Get notified the next time we make a post! 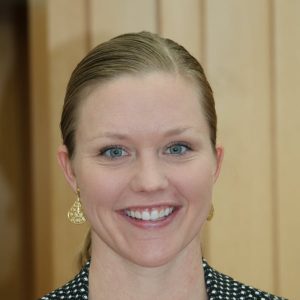 Step 2: Remain Hungry, How to Earn Your 1 Cent Opportunities

Step 1: Commit to the Grind, How to Earn Your 1 Cent Opportunities 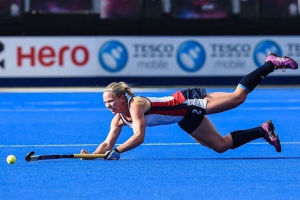